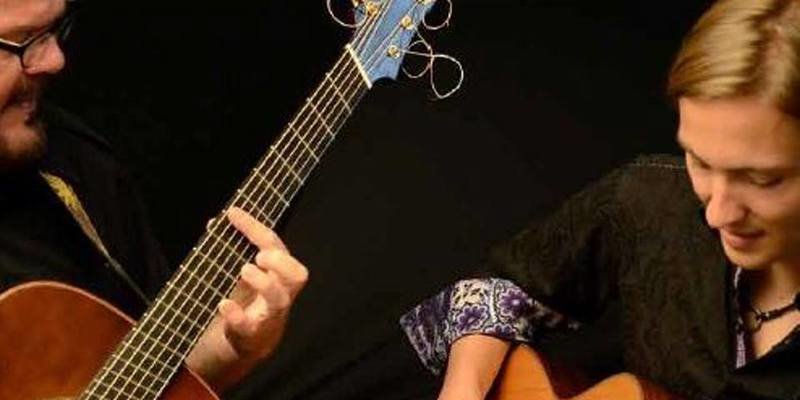 Meet a legend and a phenom, together on one stage this winter at the West End Cultural Centre!

Masterly guitar player, Don Ross, was always a lot of music around the house. Don’s dad is an operatically-trained singer, so the Ross kids heard plenty of voice exercises around their Montreal home. Strangely enough, Don didn’t focus on guitar but rather on composition, electronic music, and sound recording he had visions of being a composer of orchestral and electronic music or film scores and he changed his mind after seeing the success of musicians like Michael Hedges, Steve Reich and Keith Jarrett. Composers who followed their musical intuitions wherever they led and who fell more into the category of “artist” rather than “guitarist” or “pianist.”

Calum Graham has already enjoyed a career that would be the envy of most artists at only 26 years old and was recently named one of the World’s Top 30 Guitarists under 30 by Acoustic Guitar Magazine! His signature playing style has enthralled millions of listeners on Youtube and Spotify which has led to tours across the world. His original melodies are guaranteed to pull at your heartstrings.