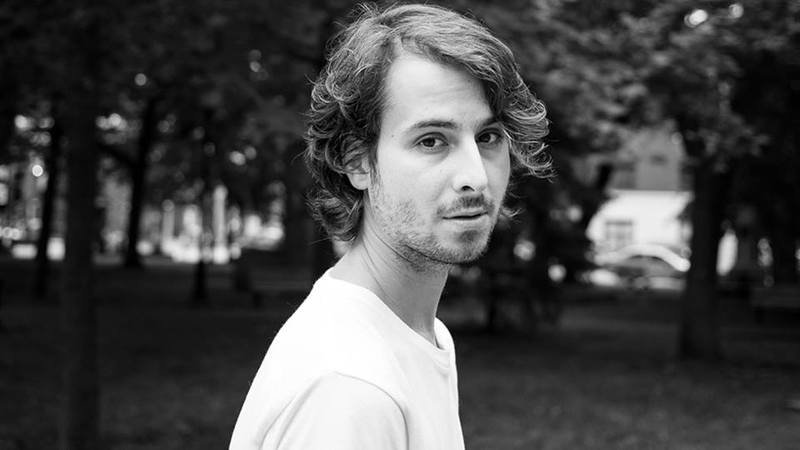 For his first two albums, singer/songwriter Bobby Bazini wrote alone and dreamed up an earthy breed of guitar-driven soul that earned him multiple Juno Award nominations. But for his third full-length and second for the US, the 27-year-old Quebec native decided to change up his approach and collaborate with esteemed songwriters such as country sensation Chris Stapleton. Along with joining in sessions in Nashville—a lifelong ambition for Bazini, who grew up on his grandmother’s Johnny Cash records—he traveled to L.A. and to London, where he quickly came up with the powerful opening track for Summer Is Gone.

Fiercely intense but supremely joyful, “Blood’s Thicker Than Water” brilliantly blends smoldering grooves, blazing guitar work, and gospel-esque harmonies. “As soon as that song came together I said, ‘This is how I want the album to sound,’” Bazini recalls. “It’s got sort of a reckless attitude and a bluesy sound, but at the same time it feels so new.” And as Bazini’s vocals glide from raspy growl to sweet falsetto, “Blood’s Thicker Than Water” reveals the rich emotional texture of his songwriting. “The song is about my three brothers and me,” Bazini explains. “It’s about how important music is in our family, how it’s always kept us together and just runs in our blood.”

That lush but gritty dynamic infuses tracks like lead single “C’est la Vie,” a feel-good anthem built on sweeping melody and Bazini’s soaring vocals. “The message of ‘C’est la Vie’ is that when things get rough, sometimes the best thing you can do is let it go and set yourself free,” says Bazini. Elsewhere on Summer Is Gone, Bazini gracefully shifts from the slow-burning balladry of “Only” to the moody romanticism and cinematic intensity of “Leonard Cohen” to the groove-fueled R&B of “Strangers.” And on the wistful but deeply uplifting title track, Bazini brings cascading piano work, soul-soothing harmonies, and a masterful vocal performance to Summer Is Gone’s epic seven-minute finale.

Raised in the rural town of Mont-Laurier, Bazini began playing guitar as a kid, thanks partly to impromptu lessons from his dad. At age 12, soon after his parents divorced, he went to live with his grandmother and quickly immersed himself in her country-heavy record collection. “I was really inspired by Johnny Cash and started discovering more and more music, like Bob Dylan and Leonard Cohen and all those Stax and Motown records,” he remembers. Like most people in his hometown, Bazini grew up with French as his first language, but took it upon himself to learn English. “All my favorite artists sang in English and I wanted to follow in their footsteps, so I figured out how to speak the language by watching TV and listening to records,” he says. By age 16 he’d started writing songs of his own, crafting all of his lyrics in English, and within a year made his onstage debut with a performance at a school variety show.

At age 18, Bazini landed a slot at a summer festival in Mont-Laurier, where local radio DJ Hugo Sabourin caught his set and soon connected him with his first manager. After releasing his debut single “I Wonder” in 2009, Bazini made his full-length debut with 2010’s much-acclaimed Better in Time. Along with premiering at no. 4 on Billboard’s Canadian Albums chart, Better in Time received platinum certification from the Canadian Recording Industry Association and scored two nominations at the 2011 Juno Awards (New Artist of the Year and Pop Album of the Year). Also certified platinum, Bazini’s 2014 follow-up Where I Belong won him another two nominations at the 2015 Juno Awards, including Album of the Year.

In creating Summer Is Gone—a bravely intimate album imbued with a bittersweet mood—Bazini drew a great deal of inspiration from looking back at his early years in making music. “That day at the festival when I met Hugo is also the day I met my girlfriend who I’ve been with ever since—so in a way it’s like my whole life started at that moment,” he says. “The past nine years have gone by so fast, with all this recording and touring, so the title of Summer Is Gone is referring to that nostalgia for a time when we were younger and things were much simpler.”

But while a certain melancholy instills many of the songs on Summer Is Gone, Bazini’s warmth as a vocalist and ingenuity as a songwriter ultimately make for an undeniably hopeful album. “After we released ‘C’est la Vie,’ there were people writing me and telling me, ‘This is exactly what I needed right now,’ which I’m so happy about,” says Bazini. “Even when the songs are a little darker, they can still help you see things in a positive way. That’s what I most want to do with my music: have that positive impact and help people to feel better.”