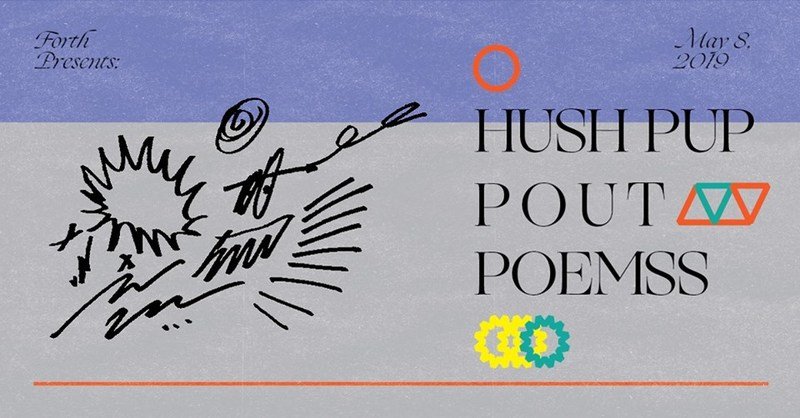 Forth Presents is a concert series that focuses on exciting live music, art, and performance curated by our staff.

HUSH PUP (Toronto)
---
Hush Pup makes experimental pop music that sounds a lot like driving at night through the board game Candy Land, soft cotton candy trees brush up against the windows of your glass car as you ride toward a friend’s cabin nearby the molasses swamp.
Forming for a show in 2012, they have since played across Canada, the U.S. & Europe.
Their new album "Panacea" is filled with groove-driven dream pop with saccharine vocals intended to soundtrack your favourite romantic film. Their EP ‘Flower Power’ & LP ‘Panacea’, has been released on a double cassette with Lone Hand in March 2019.
---
p o u t
A sound that has evolved over time - from hard hitting trap influenced drums and booming 808 bass, to intimate piano accompaniments, they're now flirting with j a z z. P o u t has really dialed in their tone and found their groove. One thing hasn't changed though - they still make sad music for sad people :'( </3
---
---