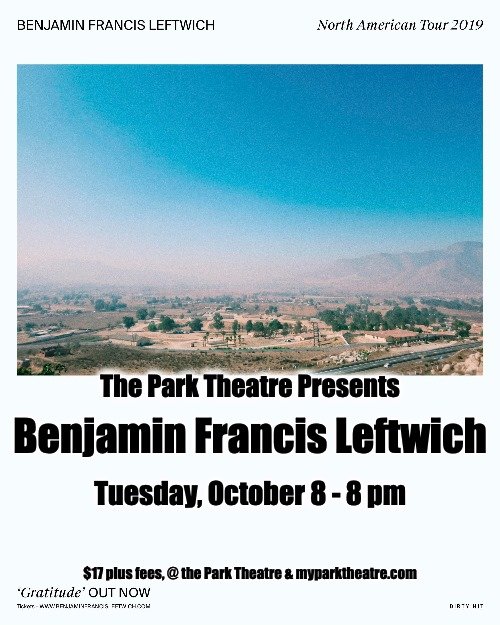 Benjamin Francis Leftwich is a singer/songwriter whose melancholic brand of acoustic folk-pop has drawn comparisons to the likes of Jose Gonzalez and Iron & Wine. Born in York in 1989 to South African and Australian parents, Leftwich lived a nomadic childhood, spending as much time in Sydney as in his native U.K. Inspired by Elliott Smith and Bruce Springsteen, he taught himself to play the guitar at age ten, and fronted indie pop outfit the Nicoles in his teens before embarking on a solo career. After recording his first EP, A Million Miles Out, in Southern France, he supported I Am Kloot, Fionn Regan, and Lisa Mitchell on tour, and attracted attention for his cover version of Arcade Fire's "Rebellion" on Dermot O'Leary's BBC R2 Saturday Sessions show.Last Smoke Before the Snowstorm In 2011, his first single, "Pictures," taken from his second EP of the same name, was declared "The Hottest Record in the World Today" by influential Radio 1 DJ Zane Lowe. Also in 2011, he released his debut full-length album, the Ian Grimble-produced Last Smoke Before the Snowstorm. A year later, he returned with the EP In the Open, followed by the 2014 single "Shine." In 2016, Leftwich delivered his sophomore studio album, After the Rain, featuring the single "Tilikum," recorded in the wake of his father's death from cancer. Leftwich issued an emotional acoustic cover of Placebo's "Pure Morning" the next year. Two singles, "Look Ma!" and "Gratitude," arrived in early 2019.