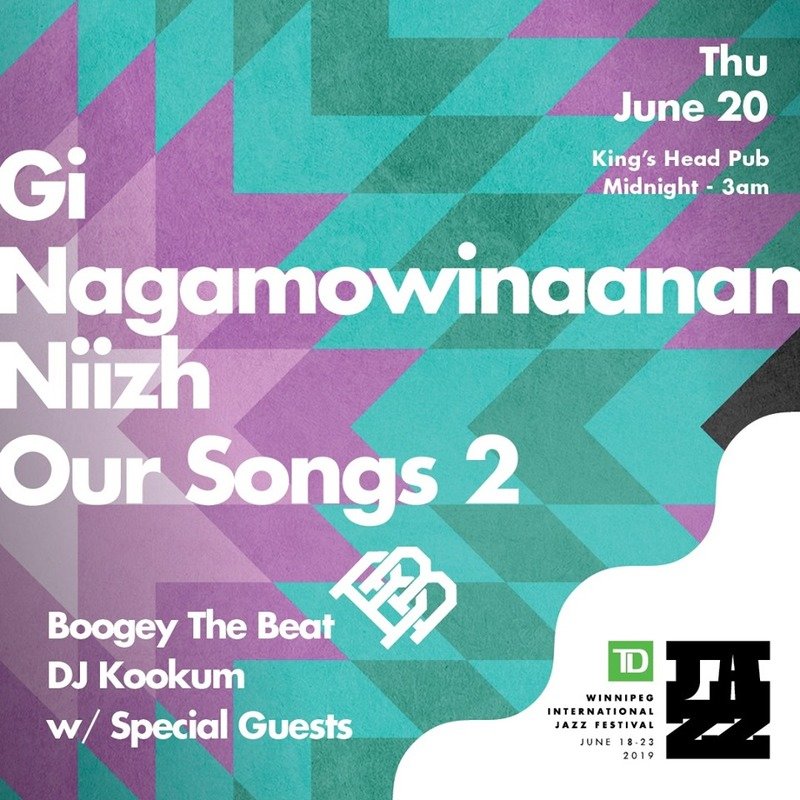 About Boogey The Beat:

Boogey The Beat is an Anishinaabe DJ and Producer from Winnipeg, Canada who blends traditional Indigenous songs with modern electronic beats. His DJing skills have landed him on stages for the Indspire Awards, Canada Day 150 Main Stage in Ottawa, National Aboriginal Day LIVE presented by APTN, and multiple festivals across Turtle Island.

A collaboration with Winnipeg-based funk band Burnt Project-1 on the release titled 'The Blacklist' earned them a nomination for Aboriginal Recording of the Year at the 2013 Juno Music Awards.

Kookum is kookin up beats in clubs and festivals all across this continent. This diverse mix diva slays on the decks and always brings hype vibes to the party. An open format DJ and an EDM lover since birth, Kookum’s song selection is fresh and unpredictable. You’re most likely to hear a lot of hip hop, edm trap, bass house, moombahton and throw back remixes. Kookum likes to mix hip-hop acapella’s with edm instrumentals and incorporate local and independent artists into mixes.

Aside from that, Kookum facilitates workshop’s, coordinates community and youth dances, performs and tours with hop-hop artists, works as a videographer, and is in the studio working on cooking up original’s and remixes. She is currently on tour with Snotty Nose Rez Kids.