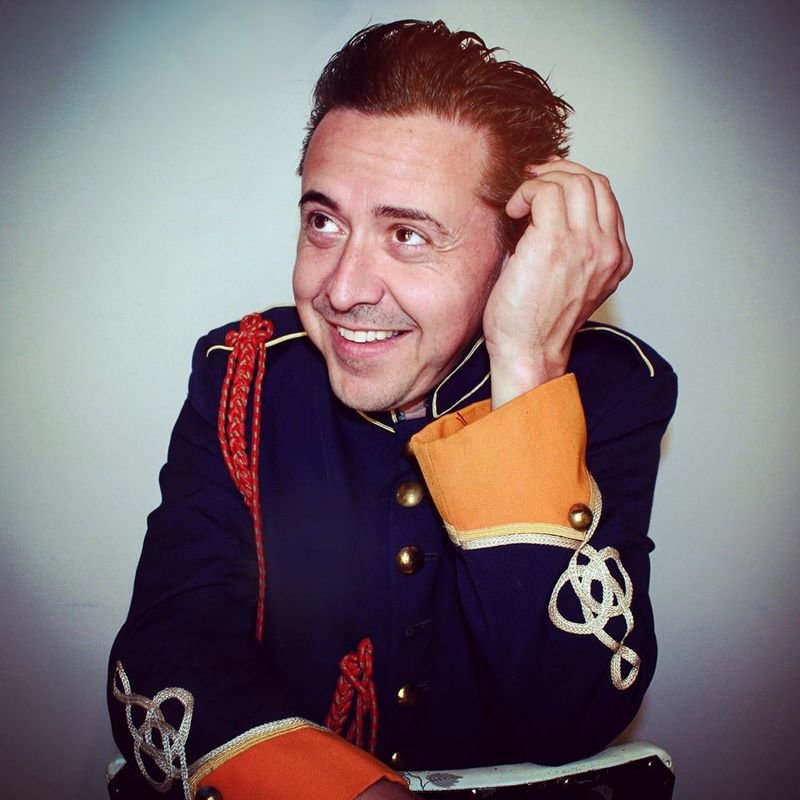 Danny's own self-described musical A.D.D. has kept his music fresh for decades now. Thoughtful lyrics & charming performances have earned him a devoted fan base, nominations for three Juno awards, The Polaris Prize, and The CBC’s "Heart Of Gold", and most recently winning the CFMA's "Producer of the year" and "Oliver Schroer Pushing the Boundries" Awards.
After a 15 year love affair with the country of Belize Danny relocated there in 2011 to track down one of his favorite Belizean bands; The Garifuna Collective (A unique Afro-Amerindian cultural group) and convincing them to create an album together. That album (“Black Birds Are Dancing Over Me”) was called “One of the finest musical works of our time” By Billboard's Larry Leblanc & landed a 3rd JUNO nomination (this time in the “World Music” category) and a sold out summer tour of North America with The Garifuna Collective.

Danny wrote and recorded the entire album aboard the Khlebnikov in cabin 712. Once home, Danny’s recordings were arranged for brass and strings by film composer Rob Carli. The result is a suite of atmospheric and haunting songs about the Arctic, our planet and our place in it. Danny, Chris & Rob are performing "Khlebnikov" with symphonies across Canada. (Toronto, Ottawa, Vancouver, London and more in 2018).