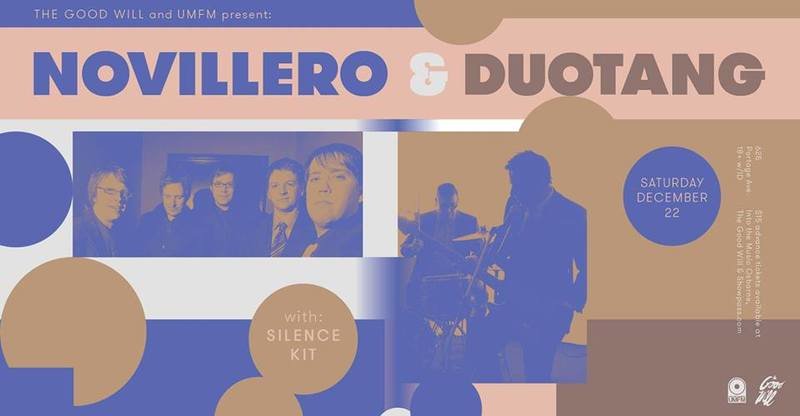 The 2-piece band’s mix of mod-rock and post-punk, Duotang, garnered critical attention, released three albums: Smash the Ships and Raise the Beams (1996), The Cons and the Pros (1998), and The Bright Side in 2001. All three topped the college radio charts in Canada.

Former members of Duotang and Transonic got together in 1999 for a harmless little jam session. Novillero comprised of Rod Slaughter (keyboards and vocals), Sean Stevens (guitars), Dave Berthiaume (drums and vocals), Grant Johnson (bass and vocals), and Jack Jonasson (tambourine, percussion, vocals, synths). Musically, they are a veritable paisley shirt of eclectic influences; some High Numbers-era Who, some Forever Changes-era Love, some soul of 70's TSOP… all delivered with the ferocity and garage-on-fire style of the Small Faces.