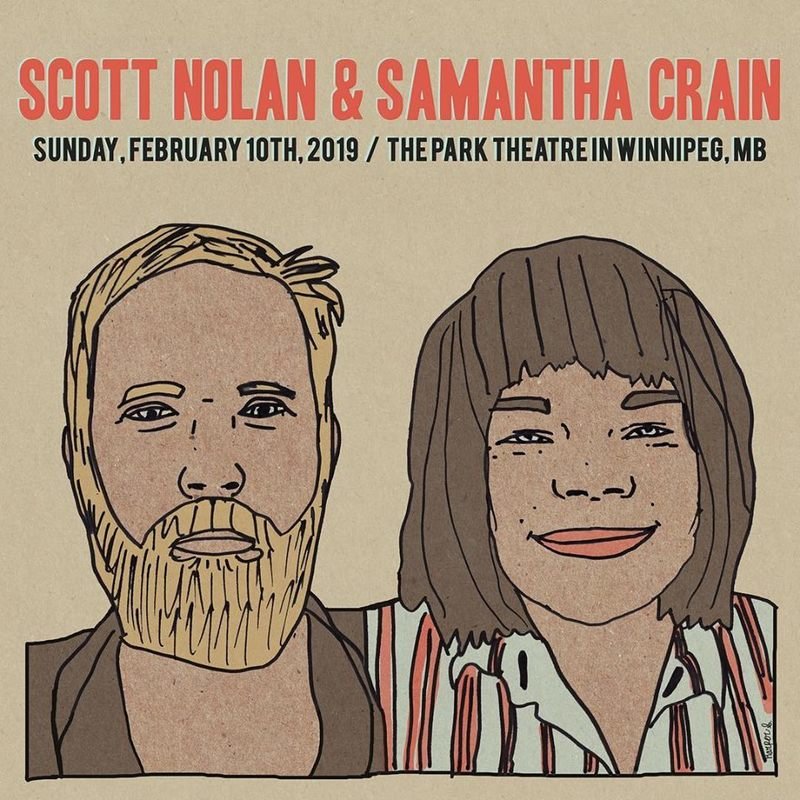 Scott Nolan, a musician that shakes away any five-dollar-cover singer-songwriter motifs before he unsnaps his guitar case. Weaving between the twang of a parlor electric guitar and heavy-hearted dirges, Nolan's latest album, Silverhill, is being released by the Transistor 66 Record Company.

Choctaw singer, songwriter, poet, producer, and musician from Oklahoma, Samantha Crain is a two-time Native American Grammy Award winner. Her spanning discography has been critically acclaimed by media outlets such as Rolling Stone, SPIN, Paste, No Depression, NPR, PRI, The Guardian, NME, Uncut, and others.