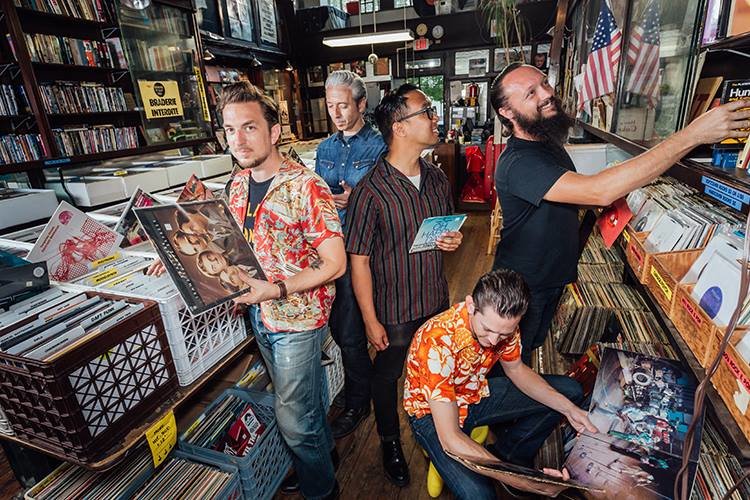 JD McPherson has a story to tell. This record chronicles a series of upheavals, frustrations, roadblocks, and kismet. Moving to East Nashville from Broken Arrow, Oklahoma had an unexpectedly large influence on his music.

“Up to this point, I thought I knew what I was doing with songwriting, that I don’t do this or that,” McPherson says. “Writing with people who co-write for a living…maybe I saw myself as John Henry, and them as the steel-driving machine.”

“That seems like a pretty normal thing for a singer-songwriter to do, to write about personal experience, but I really have never done that,” McPherson says. “It felt great but it also was tough at the same time. The thing is, John Henry is trying to beat the machine because he’s in awe of it. It was a lot of me saying, ‘You’re really good at this, and I have a hard time doing it.’”