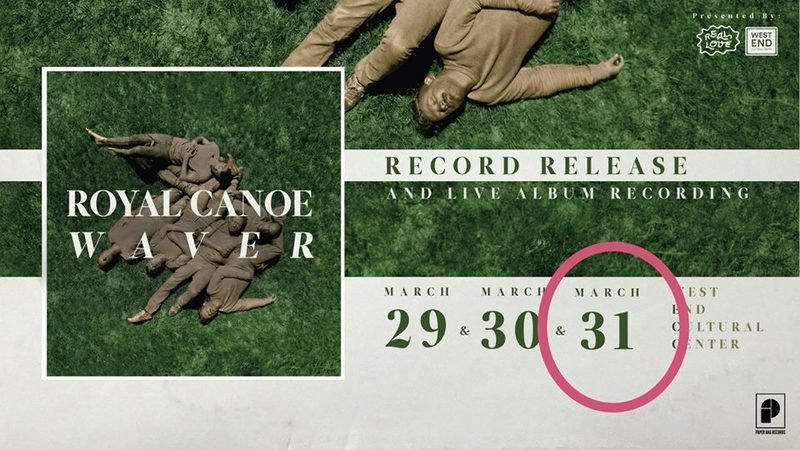 Royal Canoe will celebrate fresh off of tour to give Winnipeg the best! It'll eventually become a live album, the group will play a bunch of a new album, as well as da oldie hitz. Presented by Real Love & The WECC, Royal Canoe’s music has already taken place in your music hearts.

Around the world to play over 400 shows from Kiev to California, on tours with Alt-J and Bombay Bicycle Club, to major festivals like Bonaroo, Iceland Airwaves, and Osheaga and to Atlanta to work with Ben Allen (Animal Collective, Gnarls Barkley, Deerhunter). Their records have received critical acclaim: a nomination for Alternative Album of the Year at the Junos, Best Independent Album at the Western Canadian Music Awards and love from music press and devoted fans the world over.

“We hope listeners might feel that odd camaraderie in these songs that you sometimes find in other people’s photographs.”

Visit time and schedule of the event should be specified.