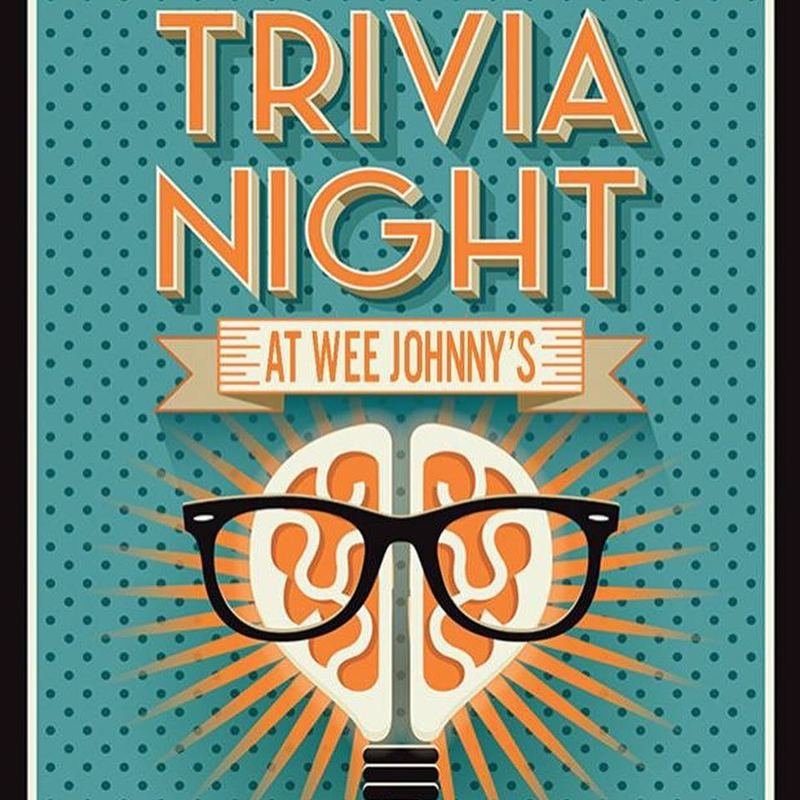 Wee Johnny’s is proud to announce the launch of Trivia Night every Tuesday night! And who better to host it than Quizmaster, Jeff Sinclair who ran trivia nights in multiple bars in Asia for 5 years. His trivia night was listed in Groove Magazine as the best trivia night in South Korea, and was also featured on Korean Television's MBC News (akin to NBC News) due to its popularity. Now that he is back in Winnipeg, he is thirsty to make you laugh, think, and drink all at the same time!

In case you are wondering how it all works...

A team can consist of a maximum of 6 members (anymore results in a point handicap per round). Don't have a team?!? Come alone and we will gladly help you join one, or be a rogue, One Person Army!

Each member pays $3 to participate. At the end of the night, the first and second place teams receive a discounted bar tab (percentage based on the number of teams entered).

The last place team for the night gets to choose a karaoke song that the winning team must sing to collect their discounted bar tab. But that isn’t the end of the rewards!

There are 3 rounds, with 3 categories per round, and 10 questions per category! That is 90 questions throughout the night. It is all presented in a PowerPoint presentation including audio, video, and picture categories. THE FIRST CATEGORY IS ALWAYS "CURRENT NEWS". as in, news of the last week.

In between each round, teams will compete in a small challenge to win a free pitcher of beer at their table. Also, on certain nights, free tickets to local comedy events will also be given out by performing random challenges.

Plus! Drink specials: $3 draft and high balls. And Burger Special: $6 for a burger and fries.

That’s a lot to take in! Why not just come on out and dive right in!