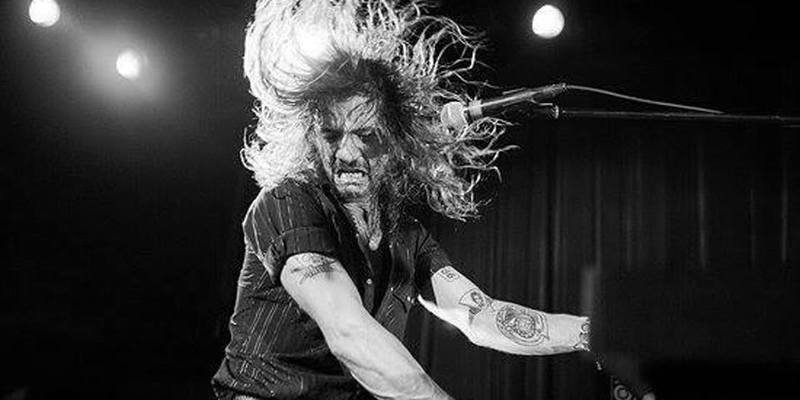 James Leg is best known as the lead singer and organ and piano pumper with the heavy blues rock band the Black Diamond Heavies; he's also a solo artist who pursues his own career during the group's downtime. Leg was born John Wesley Myers and hails from Port Arthur, Texas. His father was a preacher, and at a young age, John and his family moved to Chattanooga, Tennessee, where the youngster learned piano and played during his father's services. When he was 15, he attended a tent revivalist's sermon on the evils of secular music, and the young man who had been raised on gospel got a taste of some forbidden sounds, including the Rolling Stones, Black Sabbath, and AC/DC. John soon wanted to know more about the darker pleasures of the music he was supposed to avoid, and before long he was obsessed with blues and hard rock. By 2005, he had joined the final lineup of the Alabama-based punk blues band the Immortal Lee County Killers, and appeared on their 2005 album These Bones Will Rise to Love You. He had already launched the Black Diamond Heavies as a side project in 2003, self-releasing their debut album that year, and when the Immortal Lee County Killers broke up in 2007, Myers made the Heavies his main gig and began using the stage name James Leg. The Black Diamond Heavies released three albums between 2007 and 2009, and toured extensively, while Leg guested on albums by the Buffalo Killers and Left Lane Cruiser, and cut a collaborative album with the latter in 2012, Painkillers. In 2011, Leg made his solo debut with the appropriately hard-hitting Solitary Pleasure. His follow-up arrived four years later in 2015 with Below the Belt, his second LP for the Alive Naturalsound label. Working again with producer/engineer Jason Soda in Dayton, Ohio, Leg delivered his third album, Blood on the Keys, just one year later.