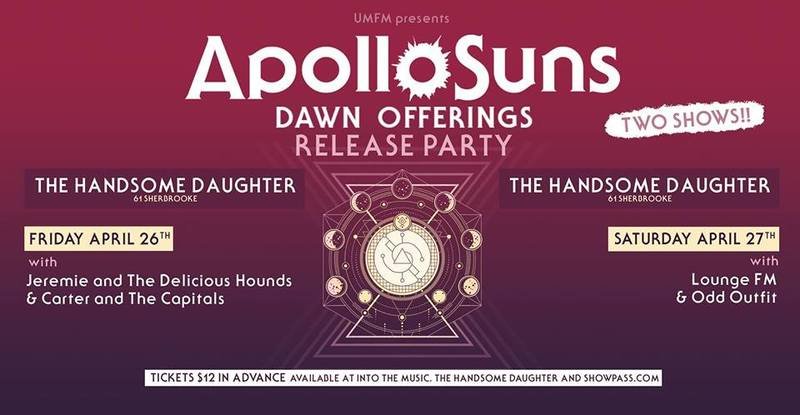 Friends! Family! Fans and other folks!

Apollo Suns will be releasing our sophomore EP, Dawn Offerings, with not ONE BUT TWO Nights of some amazingly groovy, sweaty, funky music at The Handsome Daughter!

ABOUT APOLLO SUNS
Born from the fusing of ten Winnipeg, Canada based musicians, Apollo Suns have created a refreshing and innovative sound combining instrumental, jazz, rock and psychedelic music. They were awarded “Instrumental Artist of the Year” at the 2018 Western Canadian Music Awards.