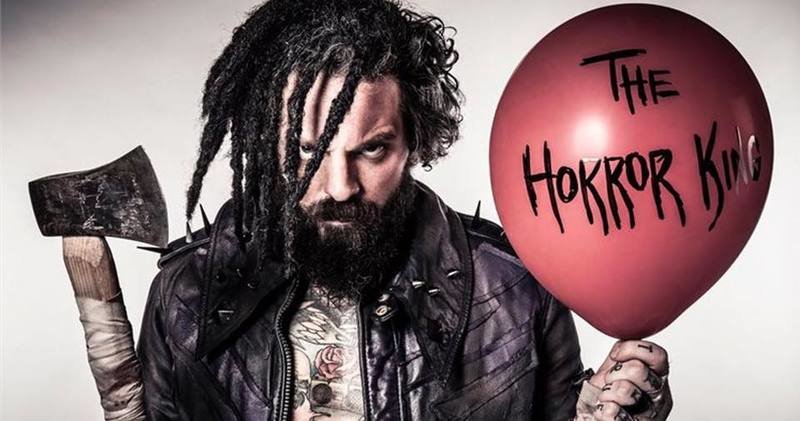 It isn't too common in CWE's 10 year history that a headline or featured talent makes such an impact and entrenches himself so deep in the company through his success that they not only ensure themselves a return to the company but an opportunity that can see them very quickly go from featured act to being the king of the CWE jungle and controlling the company's future and destiny.

But there is nothing common about Vinny Marseglia and that is exactly what he did during his CWE debut on The Struttin' & Cuttin' Tour.

The Ring Of Honor World Six Man Tag Team Champion alongside his Kingdom brothers dominated across Manitoba and Ontario during his CWE debut and developed a cult following along the way in every market he wrestled in.

The polarizing "Horror King" not only struck fear in the locker room upon his arrival but quickly became a nightmare that isn't going away for many as the tattooed enigma made it clear he wasn't in CWE for a cute public display and representation of Ring Of Honor but to rule CWE in the same fashion he rules and controls the emotions and fears of many.

That nightmare became very real, very fast when Vinny Marseglia won the annual CWE 50 Man Rumble To Remember, the biggest rumble match in all of professional wrestling to earn the main event spot against CWE Champion "Hotshot" Danny Duggan on the 10th Anniversary Show Spectacular in Winnipeg, MB on April 26th with the championship on the line!

As proven with his multiple and lengthy reigns as ROH World Six Man Tag Team Champion, Vinny Marseglia has shown he is truly in the top tier of professional wrestlers in the world and he very much looks forward to adding another feather in his cap by capturing the most prestigious championship in Canada, the Canadian Wrestling's Elite Championship.The simple thought of a CWE ruled by Vinny Marseglia and The Kingdom completely changes the landscape of CWE forever if that indeed happens.

To make that possibility even more of a reality it was just announced days ago that his fellow ROH Championship partner "Wildhorse" TK O'Ryan is also returning to CWE. These two men competed together on multiple occasions during their debut CWE tour and were never far from the other when they competed in singles action. The whole foundation of this company could literally be turned into Vinny Marseglia's personal playground very soon and its questionable if anyone can stop him, especially with TK O'Ryan by his side!

First Row Collectibles is giving the opportunity to out-of-town fans to submit items for Vinny Marseglia to sign. If you don't have an item, we will supply 8x10 photos at no extra cost.


Inscriptions are also available at no extra cost. Please leave instructions in Special Instructions for Seller.

To purchase a ticket, please follow the link. The location should be specified.