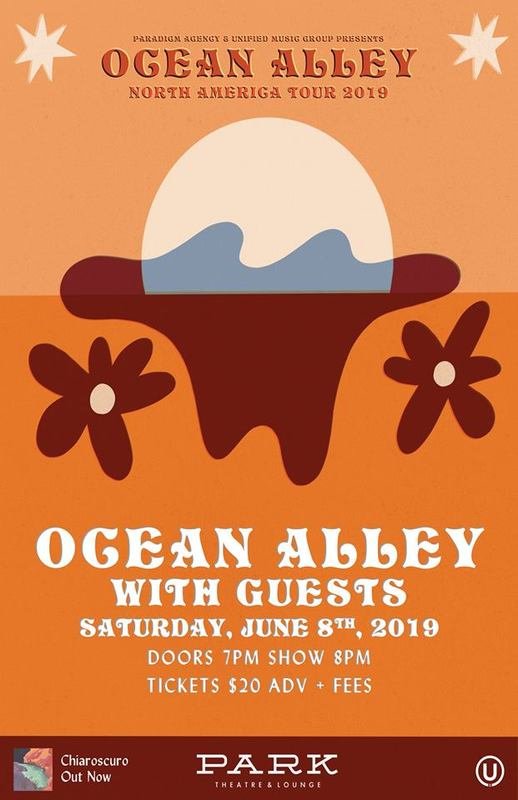 Ocean Alley has captivated audiences around the world with their infectious melody lines and a memorable blend of psychedelic-surf-rock. Their acclaimed second album ‘Chiaroscuro’ debuted at #15 on the ARIA Chart in Australia and was awarded the coveted triple j Feature Album, going on to be nominated for Australian Album of the Year by the station. The album has also been praised as one of The Music's 'Top 30 Albums of 2018', with lead single ‘Confidence’ being certified gold in Australia has moved in excess of 35,000 units.

2018 was the year where Ocean Alley continued to carve their place in the international music scene with their relentless touring schedule in support of the new album. The year saw the band play 96 shows around the world, visiting 10 countries to perform in 60 different cities.

Back on home soil, Ocean Alley sold over 25,000 tickets to their Australian shows including 15 sold out dates - the six-piece using their growing profile for good, partnering up with the Cerebral Palsy Alliance to raise over $17,000 to increase awareness of the disability and encourage public support.

Rounding out their biggest year yet, Ocean Alley wrapped up their final North American shows supporting Tash Sultana, before returning home to bring in the new year at Falls Festival.

The band looks forward to bringing their sun-drenched tunes to North America once more in May 2019!