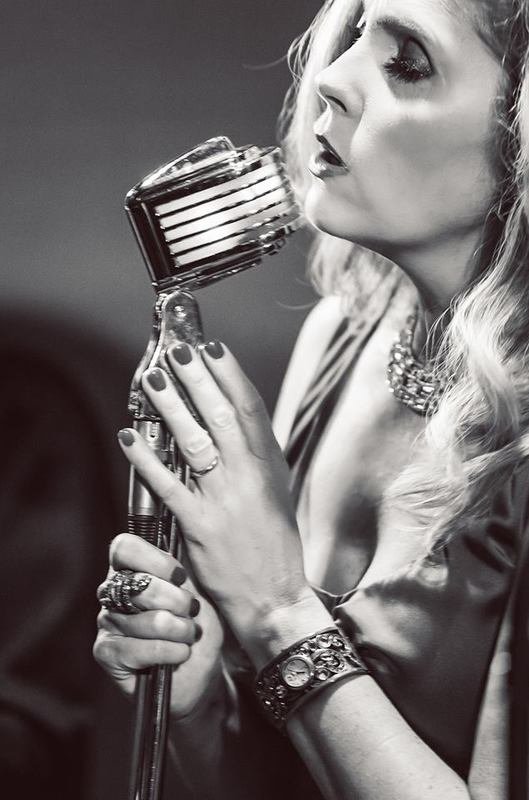 Nestled on St Boniface’s waterfront in Parc Elzéar Goulet, RAW:JazzFest is an experiment in sound and design. Built with a vision for an exceptional sound quality experience, this unique pop-up venue will also feature our 2019 festival cocktail.

The youngest of seven children, jazz vocalist Jennifer Hanson learned to love ’30s- and ’40s-era standards at her father’s knee, if only to get just a little attention in the midst of all those kids. In 1972, she began singing for anyone who would listen. After a short but throat-blistering career in rock ’n’ roll, Jennifer moved on to jazz.

Her torchy, seductive vocal style is a nod to icons like Rosemary Clooney, Julie London, and Linda Rondstadt. Her repertoire runs the gamut from the jazz standard songbook and torchy heartbreakers to a large selection of blues, rock, and R&B (she also knows the anthems of at least 10 countries, just in case). She is excited to be living back in Winnipeg and eats at Sals as often as possible.

Canadian saxophonist Walle Larsson began as a classical flute player. In 1975, he was playing in a dining room band at the Chateau Lake Louise. The bandleader told him that if he wanted to keep the gig, he’d need to learn to play the sax. He bought a sax advertised in the paper for $650 – and he’s still playing it today.

Dividing his time between Winnipeg and southern California, Walle Larsson has shown intense dedication to his craft. He possesses a strong stage presence characterized by his ability to interact with audiences in a warm and genuine manner.

With a creative imagination second to none, Larsson has been wowing audiences for close to five decades, from New York to Montreal, Toronto to Tokyo, with sizzling jazz solos and sultry smooth jazz. Larsson now has six solo records to his credit and has garnered two Top Twenty Billboard hits.

RAW:JazzFest is made possible with the support of Michael Nesbitt.