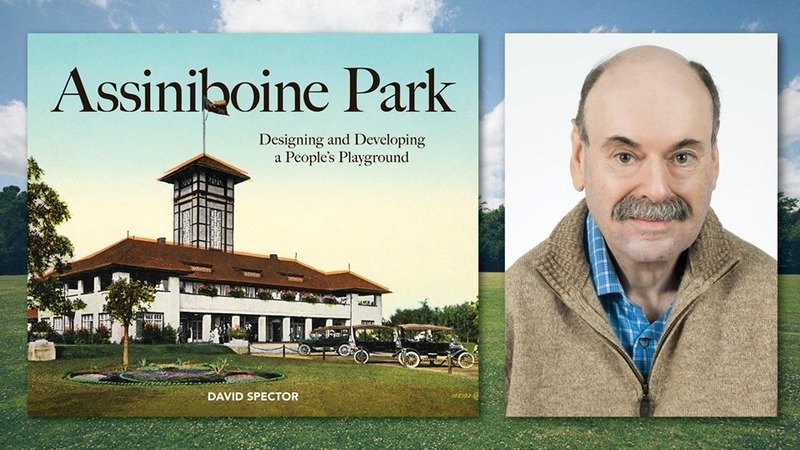 Join David Spector for the launch of Assiniboine Park: Designing and Developing a People’s Playground (Great Plains Publications). David will be introduced by Historian and Heritage Conservationist Randy R. Rostecki.

This event is free and open to the public.

In 1904, Assiniboine Park was conceived as a people’s playground, a place devoid of commercial amusements where all classes of Winnipeggers could relax and rejuvenate in idyllic and Arcadian surroundings.

The book traces the development of the park and its infrastructure – the layout of fields, forests and gardens, the two pavilions, the conservatories and the zoo – and how this corresponded with an ever-evolving Winnipeg. It explains the actions, conflicts and arguments of a colourful cast of politicians and bureaucrats who made the park what it is today. The story of Assiniboine Park is told within the wider context of the evolution of urban parks in Canada and the United States.

David Spector is a retired Winnipeg-based historian and former Parks Canada research manager. He has published numerous articles and reports throughout his career, primarily focusing in the history of Western Canada. Having a life-long interest in the subject, he researched and wrote Assiniboine Park as a retirement pastime. He also leads hikes and historical walks for Nature Manitoba.