WORK | A performance by Ming Hon 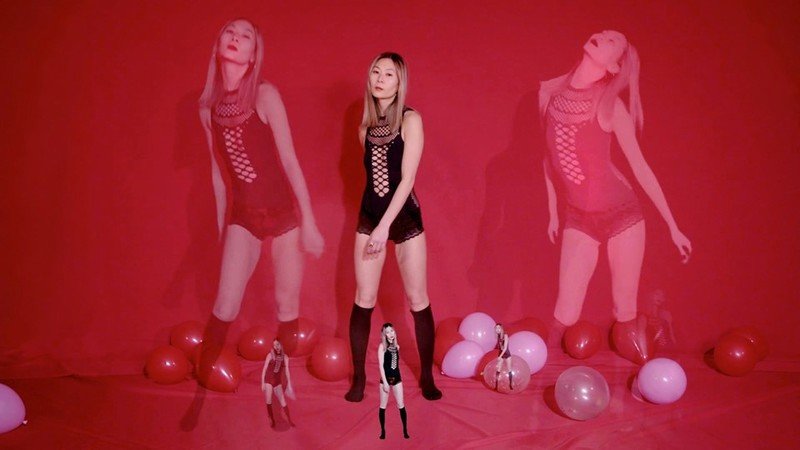 As part of our Respondent Series, Plug In ICA presents Work by Ming Hon, a collaborative performance that utilizes Karen Asher's solo exhibition Class currently on view. Work is a study on the physicality of the body in labour and its usage in production. Hon questions the worth of a body and its efforts through a performance that works towards varying and contradicting spectrums of exertion, finesse, sensuality, vulgarity, repetition, and spectacle.

Ming Hon is a dancer, choreographer, and performance artist, using video and installation based in Winnipeg. Her practice looks into themes of work, labour, the ethics of luxury, capitalism, and the economy and politics of the female body. Hon's works have shown locally and internationally, including at the award-winning Canada Hub (Scotland), Taipei AV (Taiwan), National Art Centre’s Prairie Scene Events / SAW Gallery (Ottawa), SummerWorks Festival (Toronto), Fluid Movement Festival (Calgary), Surrey Art Gallery, Art Gallery of Mississauga, Latitude 53 (Edmonton), Plug In ICA (Winnipeg) and many more. She has been featured in Canadian Art, Border Crossings, CBC, Vice, The Guardian, and The BBC, among others. She has collaborated as a performer on projects with artists such as Karen Asher, Rebecca Belmore, Sarah Anne Johnson, Noam Gonnick, Guy Maddin, and Rober Racine.

*The exhibition Class is an installation of video, photographs and props which are an amalgamation of Asher’s past – almost a coming of age story for which Asher recreates the night clubs and bars she frequented and worked at in her late teens throughout her twenties. These places, where her identity was made and she found a place of expression, were permissive. This merged recreation of places is part of a dreamscape of Pleather seats, plastic glossy linoleum, shiny satin curtains, a flashing neon sign. They are sensual, bargain bin, gaudy, gauche – the material of a class identity that is blinded by the glitter, but also aware of its own tactlessness. Asher sits amongst the kitsch, but also behind it as a controlled observer. Like her subjects who perform their desires for the camera, Asher unearths a powerful authority of who she is.

All programming is FREE and open to the public. Everyone welcome!