Armin Wiebe in conversation with Nathan Dueck and Andrew Unger 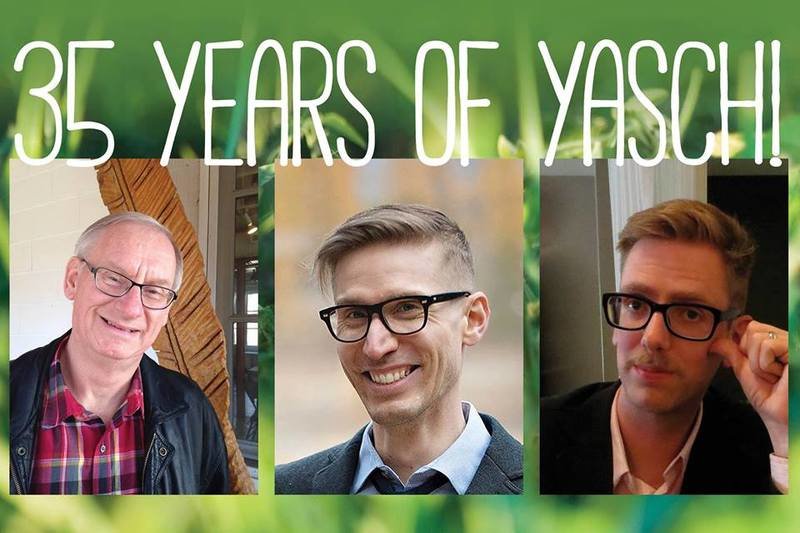 Join celebrated author Armin Wiebe, poet and scholar Nathan Dueck, and novelist Andrew Unger, the powerhouse behind the Mennonite satirical news site, The Daily Bonnet, as they celebrate the new edition of The Salvation of Yasch Siemens. Thirty-five years after its debut, Yasch continues to delight and inspire readers with its cast of colourful characters in the fictional town of Gutenthal. This is one anniversary not to be missed. Join us Friday, May 31 at 7:00 p.m., in the Atrium.

Armin Wiebe is the recipient of the Margaret Laurence Award for Fiction and the McNally Robinson Book of the Year Award. He has five published novels, one play, and one collection of short stories, many of which have appeared in books and anthologies. A teacher for many years, Armin Wiebe is now retired and lives in Winnipeg, Manitoba. His literary debut, The Salvation of Yasch Siemens, was shorlisted for The Stephen Leacock Memorial Medal for Humour and The Books in Canada Best First Novel Award.

Nathan Dueck's middle name is Russel, which means his initials spell “NRD.” His folks tell him that nobody used that word when he was born, but dictionaries say otherwise. He is the author of king’s(mère) (Turnstone Press), he’ll (Pedlar Press), and A Very Special Episode (Buckrider Books, forthcoming). He lives in Cranbrook, BC, where he teaches English and Creative Writing at the College of the Rockies.

Andrew Unger is a writer and educator from Steinbach, Manitoba, best known as the author and founder of the Mennonite satire website The Daily Bonnet. His work has also appeared in a variety of publications including Geez, Rhubarb, Ballast, CBC.ca, the Winnipeg Free Press, among others.