An Evening with Irshad Manji (Don't Label Me) 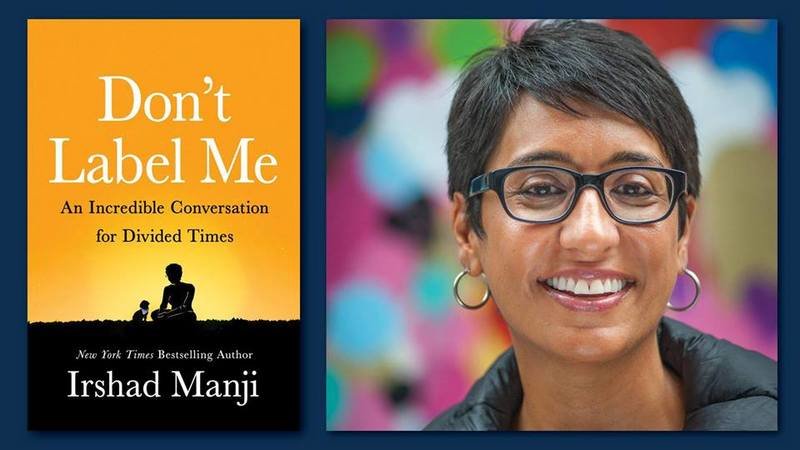 This event is free and open to the public.

A unique conversation about diversity, bigotry, and our common humanity, by the New York Times bestselling author, Oprah “Chutzpah” award-winner, and founder of the Moral Courage Project

In these United States, discord has hit emergency levels. Civility isn’t the reason to repair our caustic chasms. Diversity is.

Don’t Label Me shows that America’s founding genius is diversity of thought. Which is why social justice activists won’t win by labeling those who disagree with them. At a time when minorities are fast becoming the majority, a truly new America requires a new way to tribe out.

Enter Irshad Manji and her dog, Lily. Raised to believe that dogs are evil, Manji overcame her fear of the “other” to adopt Lily. She got more than she bargained for. Defying her labels as an old, blind dog, Lily engages Manji in a taboo-busting conversation about identity, power, and politics. They’re feisty. They’re funny. And in working through their challenges to one another, they reveal how to open the hearts of opponents for the sake of enduring progress.

Irshad Manji is founder of the award-winning Moral Courage Project at the University of Southern California and the New York Times bestselling author of The Trouble With Islam Today, translated into more than thirty languages and later adapted into the Emmy-nominated PBS film Faith Without Fear. Oprah Winfrey selected her as the first winner of the “Chutzpah” prize for boldness. Manji has lived and taught in Toronto, Vancouver, New York, and Los Angeles. She and her wife reside in Hawaii with their rescue dogs.