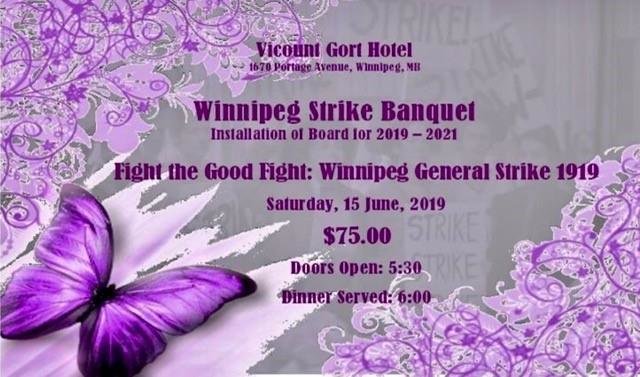 It is only fitting that the National Council of Women of Canada, celebrating its 126th Anniversary here in Winnipeg, hear more about the Winnipeg General Strike at it’s Banquet on June 15th. The Winnipeg General Strike of 1919 was one of the most influential strikes in Canadian history, and became the platform for future labour reforms. Massive unemployment and inflation, dismal wages and working conditions, and the success of the Russian Revolution all contributed to labour unrest at the time. We are fortunate to have Molly McCracken as our speaker. She will talk about the involvement of women in the strike, and also what are the labour issues facing women today.