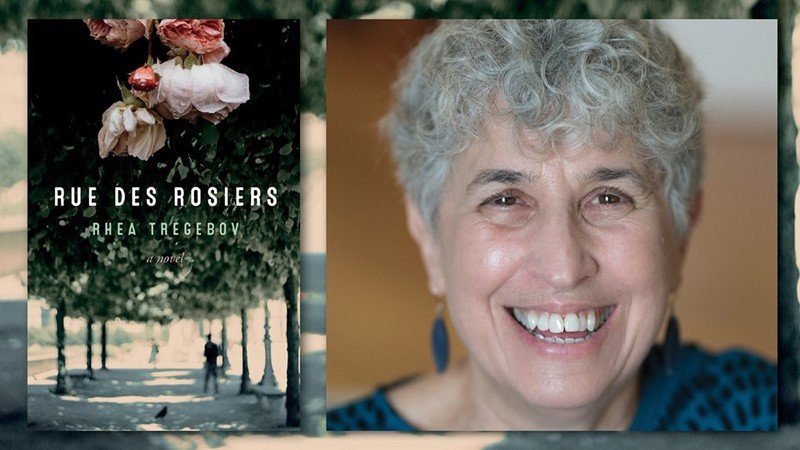 This event co-presented by the Winnipeg International Writers Festival as part of our collaborative Spring Literary Series. Free and open to the public.

Sarah is the youngest of the three Levine sisters. At twenty-five, she is rudderless, caught in a paralysis which keeps her from seizing her own life. When Sarah is fired from her Toronto job, a chance stay in Paris opens her up to new direction and purpose. But when she reads the writing on the wall above her local Métro subway station, death to the Jews, shadows from childhood rise again. And as her path crosses that of Laila, a young woman living in exile, Sarah stumbles towards to an act of terrorism that may realize her childhood fears.

Rhea Tregebov’s first novel, The Knife Sharpener’s Bell, published by Coteau Books, won the J.I Segal Award of English Fiction and Poetry, and was listed in the Globe and Mail’s top 100 books of the year. Now a Professor Emerita at UBC, Rhea continues to live and write in Vancouver.

Host Joan Thomas is a Winnipeg writer whose third novel, The Opening Sky, won the McNally Robinson Book of the Year Award in 2014. Her work has been nominated for the ScotiaBank Giller Prize, the Governor General’s Award for Fiction, and the IMPAC Dublin Award. Thomas was the 2014 recipient of the Writers’ Trust Engel/Findley Prize for mid-career achievement. Her new novel, Five Wives, will be published in September.