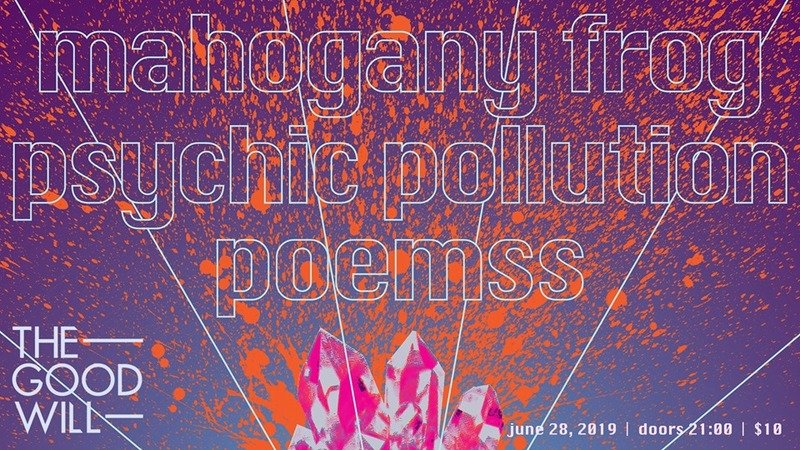 
Psychic Pollution is the long time solo project of musician/composer J. Schuurman. It started out as a noise improv project back in 1998 and has since progressed to a full on psych synth project modeled after such great artists as Pye Corner Audio, Tangerine Dream, Kraftwerk and Sinoia Caves etc. Ambient layers complemented with synth solo sections and discreet rhythms make up the Psychic sound.

There’s a cold neu future brewing and its nostalgic gurgles can be heard in the records of the increasingly prolific Psychic Pollution. Psych heavy and Kraut in scope with sporadic kosmiche sampling that fits somewhere in the Berlin School of electronic music. Noisy at times, but heavy in ambiance and minimalism.


Poemss is a musical project from Toronto-based producer and music artist Joanne Pollock in collaboration with Aaron Funk, who’s recorded music as Venetian Snares. They met in Europe but when Joanne played Aaron her music and visited him at his studio, collaboration started to happen soon after. Poemss will surprise anyone who equates Aaron’s music solely with his hard-edged, drum-driven output. The record is the result of a true partnership, with both artists contributing to the writing and performance of the music, the technical aspects of production and to the performance and treatment of the vocals. The result is a collection of soft and dreamlike ballads; Aaron and Joanne’s singing adding both texture and poetry to the album.