Launch of A Diminished Roar 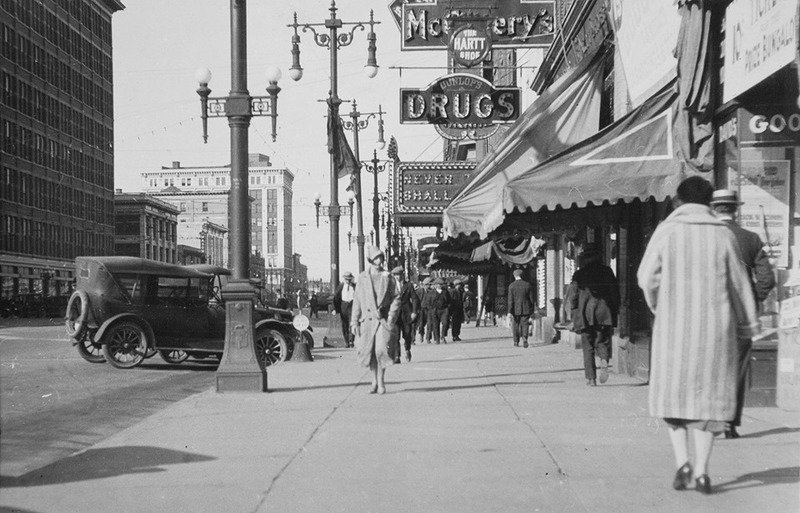 Please join us for the Winnipeg launch of Jim Blanchard’s A Diminished Roar: Winnipeg in the 1920s. Featuring Christopher Adams. Light refreshments provided.

About the Book
The third installment in Jim Blanchard’s popular history of early Winnipeg, A Diminished Roar presents a city in the midst of enormous change. Once the fastest growing city in Canada, by 1920 Winnipeg was losing its dominant position in western Canada. As the decade began, Winnipeggers were reeling from the chaos of the Great War and the influenza pandemic. But it was the divisions exposed by the 1919 Winnipeg General Strike which left the deepest marks. As Winnipeg wrestled with its changing fortunes, its citizens looked for new ways to imagine the city’s future and identity.

Beginning with the opening of the magnificent new provincial legislature building in 1920, A Diminished Roar guides readers through this decade of political and social turmoil. At City Hall, two very different politicians dominated the scene. Winnipeg’s first Labour mayor, S.J. Farmer, pushed for more public services. His rival, Ralph Webb, would act as the city’s chief “booster” as mayor, encouraging U.S. tourists with the promise of“snowballs and highballs.” Meanwhile, promoters tried to rekindle the city’s spirits with plans for new public projects, such as a grand boulevard through the middle of the city, a new amusement park, and the start of professional horse racing. In the midst of the Jazz Age, Winnipeg’s teenagers grappled with “problems of the heart,” and social groups like the Gyro Club organized masked balls for the city’s elite.

About the presenters
Jim Blanchard is a retired academic librarian and Librarian Emeritus of the University of Manitoba. He is a former president of the Manitoba Historical Society and is the author of Winnipeg’s Great War: A City Comes of Age and Winnipeg 1912.

Christopher Adams holds two degrees from the University of Manitoba and a PhD in Political Science from Carleton University. He is in his second term as the Rector of St. Paul’s College at the University of Manitoba. He is an adjunct professor in Political Studies and the Chair of the Arthur V. Mauro Centre for Peace and Justice. Dr. Adams is a regular media commentator on topics relating to Canadian and Manitoban politics. He is the author of Politics in Manitoba: Parties, Leaders and Voters and the co-editor of Métis in Canada: History, Identity, Law, and Politics.