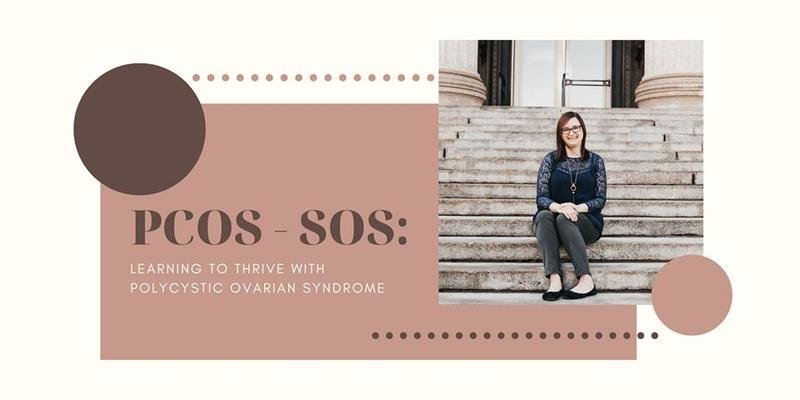 Polycystic Ovarian Syndrome (PCOS) is a common hormonal condition that affects many women of childbrearing age. PCOS presents itself as a group of symptoms that not only affect the ovaries, but also the body's abilitity to ovulate and regulate blood sugar levels & insulin. Contrary to popular belief, PCOS is not only a concern for women trying to conceive. Nor does hormonal birth control "cure" PCOS. Women with PCOS are actually at an increased risk of developping Type II Diabetes and cardiovascular disease making it a condition that affects much more than just the reproductive system. Diet & lifestyle is key in managing symptoms of PCOS and preventing metabolic syndrome.PCOS is commonly diagnosed when a woman presents with at least two of the following key symptoms:anovulation or irregular periods (less than 10 periods per year)high levels of androgenic hormonessmall pearl-like cysts on the ovariesHowever, as common as PCOS is, up to 70% of women with PCOS have not yet been diagnosed. As symptoms of PCOS can vary greatly, it can be difficult to get a diagnosis. Many women suffer in silence or struggling to get answers. PCOS is often diagnosed when other medical conditions are ruled out.

Join Courtney Rae Jones, Registered Holistic Nutritionist and PCOS warrior as she debunks common misconceptions about PCOS and provides dietary & lifestyle tips making it easy to thrive with PCOS.Each attendee will obtain a PCOS guidebook & meal plan with recipes to help balance hormones and manage common symptoms of PCOS. She will touch upon foods & supplements that target specific nutritional deficiencies that may be causing the most common symptoms of PCOS such as facial hair growth, weight gain, infertility, fatigue, thinning hair and adult acne.For those individuals who suspect they have PCOS, but have not yet been diagnosed, Courtney will provide a list of questions to ask the doctor and a checklist of tests to get done.