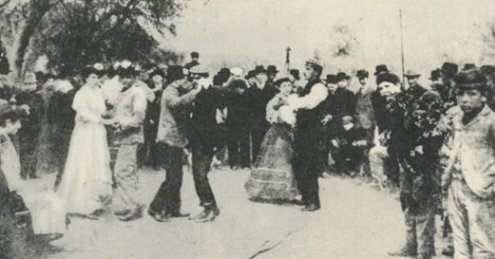 The concert world loves its prizefighters, and with the Chooi brothers we have two soloists on their way to heavyweight status. The toast of the music press, they are both winners of scores of international prizes and tag team here to perform a South-American centric program. Please note: tickets purchased on this page are for the evening concert (1-hour matinee here).

From there, we move on to Mozart’s festive Symphony No. 34, arguably his greatest symphony of his Salzburg years, and then to Villa-Lobos’ irresistible String Quartet No.5. Written just after the Brazilian composer had returned home after lengthy period in Paris, this rarely heard quartet – rhythmic, raunchy, light-hearted, and above all eminently listenable – ranks among Villa-Lobos’ most interesting works in that genre.

For our concert’s finale, the Chooi brothers re-enter the spotlight by performing the stormy Four Seasons of Buenos Aires, a folk-classical masterpiece by the “King of Tango” Astor Piazzolla. A thunderous start to our 2019/20 season!

There isn’t enough space to list the brothers’ most impressive achievements, so we’ll settle on two: in the 2016/17 season Nikki was appointed to one of the world’s most prestigious violin posts, Concertmaster of The Metropolitan Opera Orchestra, while the younger Timothy is a past winner of the Grand Prize of the l’Orchestre Symphonique de Montréal Standard Life Competition. As brothers who’ve worked together since childhood, there’s a wonderful synergy to their collaborations. How lucky we are to have them perform together with the MCO.