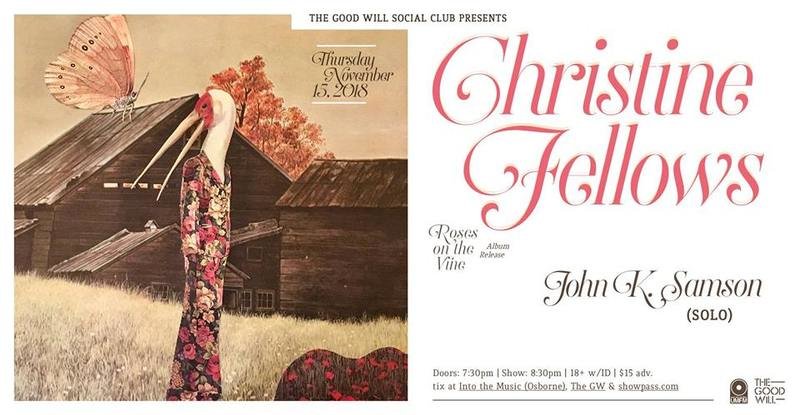 Join to Christine Fellows' "Roses on the Vine" album release show with John K. Samson (solo) at The Good Will Social Club!

“antique yet avant-garde, and quietly theatrical” (NOW Magazine) and “slyly unpredictable, rarely self-serious, and unabashedly tuneful." (SPIN Magazine), it's description of Christine Fellows’ songwriting. Canadian musician, John K. Samson, is a singer-songwriter and best known as the frontman of the Canadian indie folk/rock band The Weakerthans, and now plays with his band The Winter Wheat.