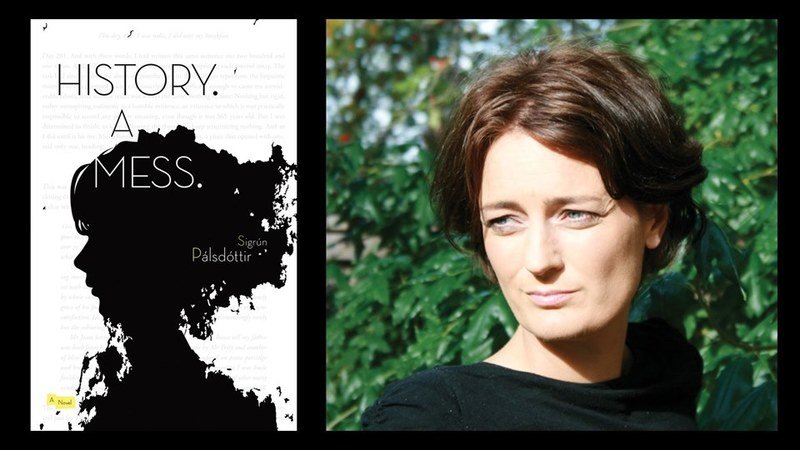 Co-presented by the Consulate General of Iceland in Winnipeg, the Icelandic Canadian Frón, and Lögberg-Heimskringla. This event is free and open to the public.
---
While studying a seventeenth-century diary, the protagonist of History. A Mess. uncovers information about the first documented professional female artist. This discovery promises to change her academic career, and life in general...until she realizes that her “discovery” was nothing more than two pages stuck together. At this point there’s no going back though, and she goes to great lengths to hide her mistake—undermining her sanity in the process. A shifty, satirical novel that’s funny and colorful, while also raising essential questions about truth, research, and the very nature of belief.

Sigrún Pálsdóttir completed a PhD in the History of Ideas at the University Oxford in 2001, after which she was a research fellow and lecturer at the University of Iceland. She worked as the editor of Saga, the principal peer-reviewed journal for Icelandic history, from 2008 to 2016. Her previous titles include the historical biography Thora. A Bishop’s Daughter and Uncertain Seas, a story of a young couple and their three children who were killed when sailing from New York to Iceland aboard a ship torpedoed by a German submarine in 1944. Sigrún’s work has been nominated for the Icelandic Literary Prize, Icelandic Women’s Literature Prize, Hagþenkir Non-fiction Prize, and the DV Culture Prize. Uncertain Seas was chosen the best biography in 2013 by booksellers in Iceland.