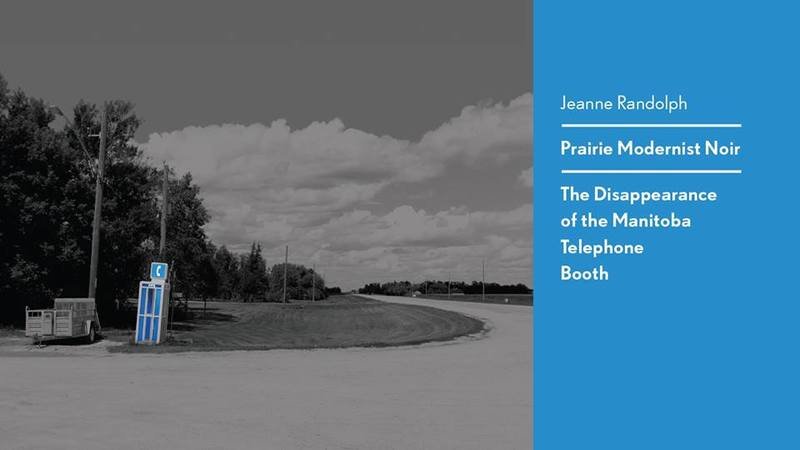 The launch of a new artist book from Jeanne Randolph at the closing reception of JR's exhibition, titled Prairie Modernist Noir: The Disappearance of the Manitoba Telephone Booth, at PLATFORM centre on the first Friday of December.

An exhibition and bookwork that poetically and visually explores and documents the meaning, history, and architecture of the Manitoba telephone booth. Jeanne Randolph spent six months exploring the province and photographing the last of Manitoba’s telephone booths with an old obsolete iPhone. Five books of her collected art-writings have been published since 1991, she has been awarded many national and provincial grants, as well as facilitated numerous art residencies.

The life of these structures is not only a matter of architectural history, they played a significant role in pop culture!