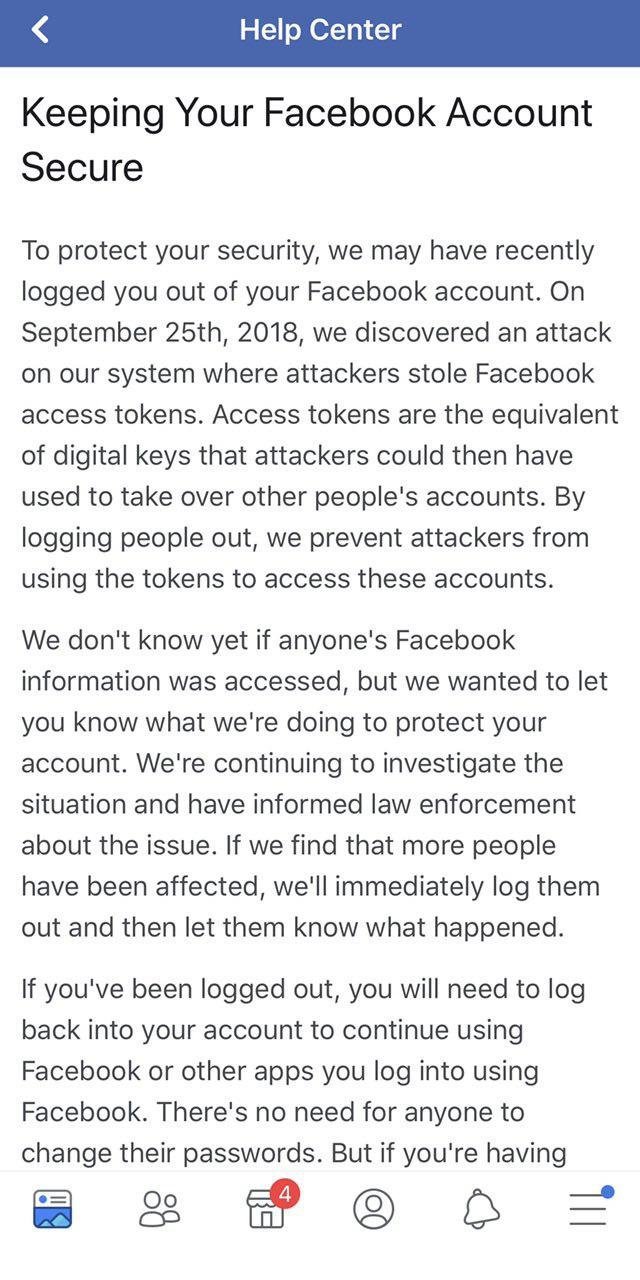 Facebook has more than 2.2 billion active users as of January 2018, making it the largest social network in the world. Of course millions of Canada citizens use it, so do Winnipeggers.

On Thursday, September 27th, the company released an official statement: Nearly 50m Facebook accounts were compromised by an attack that gave hackers the ability to take over users’ accounts.

This hacker attack is the largest in company history and shows a real threat to personal information of network users. So for accounts safety, millions of users were forcibly logged out by Facebook and will have to use a password to securely log back in.

This is not the first security breach in Facebook, just last year there was another hacker attack that involved millions of users and their private information was open to the public.

The program for the collection of plastic bags for recycling takes place in the schools of Manitoba
Facebook hacker attack Winnipeg
If you notice an error, highlight the text you want and press Ctrl + Enter to report it to the editor
Reddit
Telegram
WhatsApp
Viber
Your recommendation is submitted.
You have already recommended that.
Comments
Cancel
Ads
Treatment of cataract
2021-09-19
Found in the news
Facebook accounts hacked
age-restriction-popup-content
Do you think this is an error?